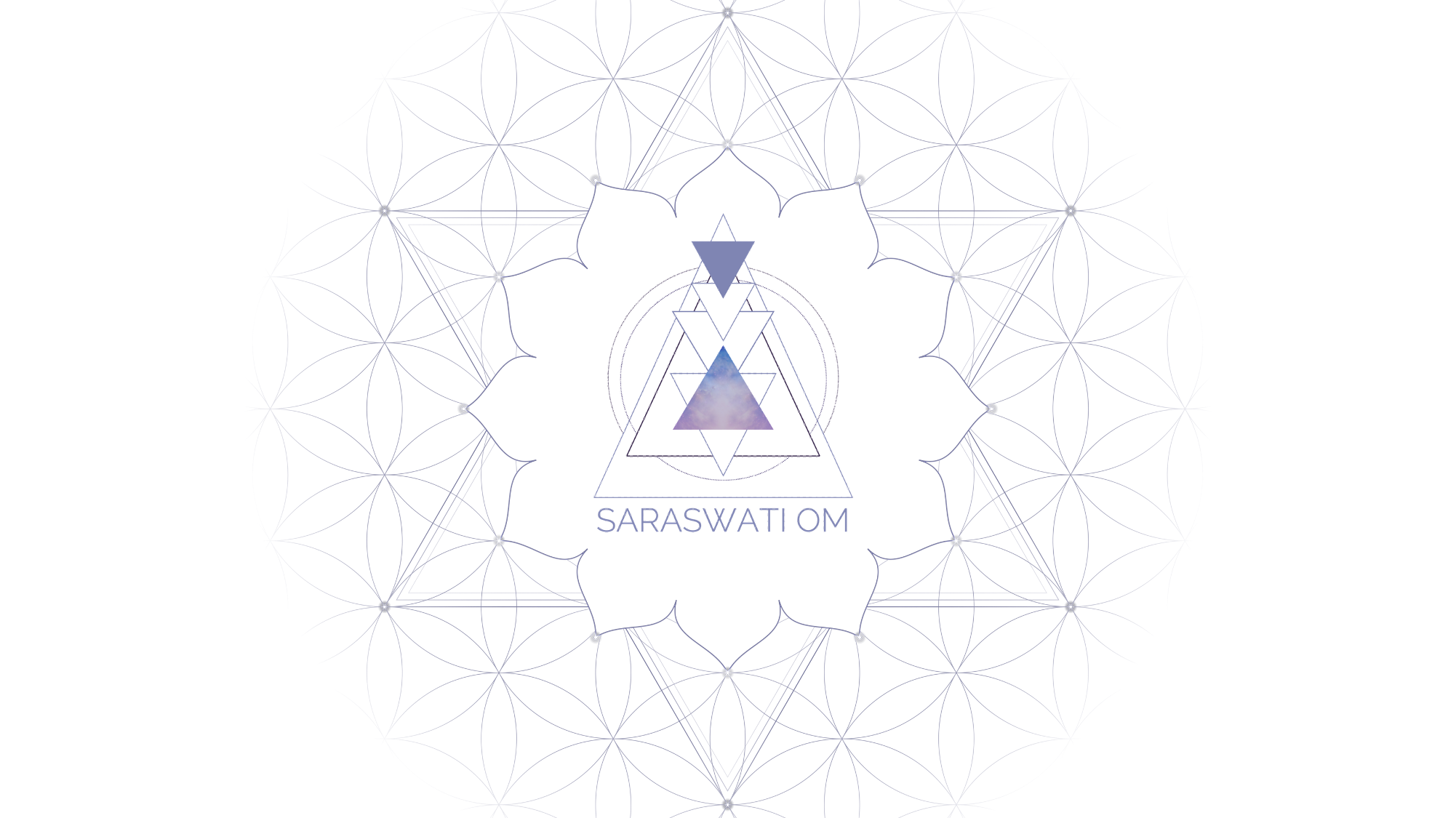 A Q&A WITH SARASWATI OM, OWNER AND DIRECTOR OF DHARMA YOGA SYRACUSE

When Saraswati Om began teaching yoga more than 20 years ago, she barely had a place to hang her mat. Today, she is the owner and director of Dharma Yoga Syracuse, one of the largest and busiest centers of its kind in Central New York.

“I used to be something of a ‘yoga gypsy’ because I taught 18 classes a week all over the place,” recalls Om, during a recent meeting at her lakeside office in Liverpool. “I kept all my mats in my car, and drove from place to place. There weren’t any yoga studios to speak of.”

Her practice hit a snag in 2003, when a notorious fire at a Rhode Island nightclub struck fear into Syracuse authorities, prompting them to shut down many of the places where Om taught. “I had a full load of students, but nowhere to teach,” she adds. “Fortunately, my parents’ house [in Liverpool] came on the market, so I moved everything into their living room. Then I heard about this place.”

The place in question was a two-story storefront, a stone’s throw from Onondaga Lake Park. Om carefully transformed it into a full-service wellness center, replete with natural lighting, floor-to-ceiling windows and hardwood flooring. Every day, more than 10,000 vehicles pass by the loft-like building, located at the intersection of Oswego, 1st and South Willow streets, on one of the area’s strongest energy vortexes. All of this takes place against the backdrop of historic Onondaga Lake, the seat of the Haudenosaunee Confederacy for more than a thousand years.

For Om and her some 200 students, the location couldn’t be more fortuitous—part studio, part healing center and pure bliss.

It sounds like you were led here.
When I moved everything into my parents’ house, I received direction to open up a yoga center. One night after class, one of my longtime students, Lisa Sarick, said she was going to do yoga teacher training at Kripalu [a center for yoga and health in Stockbridge, Mass.]. I said, “Great. When you get back, do you want to open up a yoga center with me?” That totally took her by surprise.

While Lisa was at Kripalu, I was picking out floor samples for this place, which, at the time, was entirely gutted. It was the second space we looked at, and we knew immediately it was “the one.”

There were two of you in the beginning?
Lisa was my business partner. She eventually left the business to me, and moved to Pennsylvania to expand her work [as a yoga instructor and interfaith minister]. We still are quite close and are good friends.

I’m amazed at how quickly your practice has grown.
Thank you. I am, too. … Our three classrooms operate around the clock, seven days a week. We offer everything from prenatal classes and mama-and-baby yoga classes to classes for seniors and the mobility-impaired. Our oldest student is 84, and has been with us since we opened in 2003. We also have lots of college students, young parents and professionals. People call me the “Mother of Dharma Yoga” because I am like a spiritual mother to them, a co-creator of this community.

Why are we seeing a resurgence of yoga in the West?
Our disconnection with the Earth has created a lot of dis-ease—with Her, with the Divine Feminine, with the rest of humanity. The time of the Lone Wolf is over. [The Lone Wolf often is used in North American and European mythology to suggest rugged individualism.] People are starting to embrace community and learn how to exist with one another, despite their differences. Yoga is a reflection of this universal shift.

Is yoga a science?
It’s a holy science—a very broad science that is accessible to everyone, whether they’re Muslim, Christian or atheist, or are in good physical shape or are paraplegic.

The sound journeys we do here, with gongs and singing bowls, are a great introduction to the center because they give people an idea of some of the benefits of yoga, without having to do any of the poses, or “asanas.”

This space is like a sanctuary.
The center was put here for a reason. I guess I always end up in vortexes. Because of the work I do with water—the Purification Mantra is a big part of my lineage, as are water blessing ceremonies—it makes sense to be near Onondaga Lake. It’s part of who I am. My grandparents on both sides are Mohawk, and are married to people of European descent. I’m not sure what else we are because there’s been a lot of shame associated with mixed-race [ancestry]. Many people on my mother’s side were picked on, as kids.

Did you study yoga as a kid?
I went to my first class when I was 15, and it was the best I had ever felt, up until then. I went home afterward, and told my parents that I wanted to teach [yoga] someday. My father thought I had lost my mind—“What dark, Eastern religion are you getting into now?” he asked—but my mom paid for my classes. That was 26 years ago.

My father eventually came around. He paid for my first teacher training, which took place at Kripalu, when I was 20. Back then, Kripalu was an ashram-in-transition. I usually was the youngest one there. I’ve been back many times since then, and the place has changed a lot.

Do you teach all forms of yoga?
At Dharma, we teach the nine main approaches to yoga. I believe, however, that each of us is born with particular tendencies. For instance, my practice combines Hatha and Raja Yoga, with elements of the other seven forms. Hatha Yoga is the path to union through bodily mastery; Raja is the yoga of mental mastery. Both approaches are rooted in “yama” and “niyama” [two of the eight ethical precepts of classical yoga]. The first class I ever took was a Hatha Yoga class, so I’ve done a lot of work with postures and practices promoting radiant health.

Have you always been interested in esoteric knowledge?
As a kid, I was fascinated by nature and animals. I became vegan when I started practicing yoga. Before then, I was a horrible vegetarian, always eating French fries and pizza.

I don’t believe it. [Laughter]
Well, it took me a while to claim my lifestyle. The Syracuse punk scene was a bit of a refuge because most of the people I hung out with, at the time, were drug-free. I was “straight edge” [a subgenre of hardcore punk that eschews alcohol, tobacco or other recreational drugs]. By day, I was a yogi; by night, I was a punk rocker who went to shows.

Eventually, both worlds began to overlap with one another because of my interest in clean living, human and animal rights and environmentalism.

Tell us about your Guru, Sri Dharma Mittra.
I think I was always looking for my Guru. My first teacher was in the lineage of T. K. V. Desikachar. After I did my teacher training at Kripalu, I worked with many different teachers, including Shiva Rea and Bhagavan Das. I kept acquiring more and more knowledge, but I wasn’t feeling anything yet—until I volunteered at a conference in New York City in 2004. It was there I saw an advertisement for a class featuring Sri Dharma Mittra. As soon as I saw his poster [featuring cutouts of him performing 908 yoga postures], I said to myself, “That’s the guy I want to study with.”

Are you part of his staff?
After doing advanced studies with Sri Dharma, I joined his “Life of a Yogi” Teacher Trainings in 2008. The program takes place at the Dharma Yoga New York Center, where I teach, give lectures and help trainees with their breathing practices and postures. I also assist Sri Dharma at retreats and intensives around the globe.

Although he’s my sole teacher, I have worked with other people in herbology, conscious living and holistic living. Lately, I’ve been studying raw cuisine, superfoods and sports nutrition. Eating a mostly live, raw vegetarian diet is important to me. It’s also important to my father, who became a vegetarian after meeting Sri Dharma, and has been practicing yoga every day for many years.

What’s the significance of your name?
The name “Saraswati Om” was given to me by Sri Dharma in 2011, when he initiated me. I am named after the Hindu goddess [of knowledge, music, arts and wisdom]. Our family name is “Om” [an ancient mantra used in several religions, including Hinduism and Buddhism].

When you’re initiated, you agree to initiate someone else during your lifetime. This way, the lineage isn’t broken, and the master-apprentice relationship continues.

Ostensibly, your work is a continuation of Sri Dharma’s. And his Guru [Yogi Gupta] was a disciple of a cave-dwelling yogi in India, whose own teachings were thousands of years old.
Exactly. A living teacher guides the student in his or her discovery of the real nature of why we’re here. What I like about Sri Dharma is that he prescribes the simplest, most direct course of action for any aspect of practice. He calls it the “shortcut to immortality.” This approach benefits me profoundly, and helps me avoid mistakes.

You’ve come a long way from working out of your car.
Dharma Yoga is my life. It’s all-encompassing. When I’m not assisting Sri Dharma, I’m teaching or leading retreats in various parts of the world. Iceland is my new favorite place. I’m also working on two books—one about sacred healing practices for women and one that is a cookbook—and recording a sound-healing album, featuring chants mixed with nature sounds from Iceland.

It’s my mission to help people find health, happiness and peace through the science of yoga. This way, each of us can achieve a radiant life.